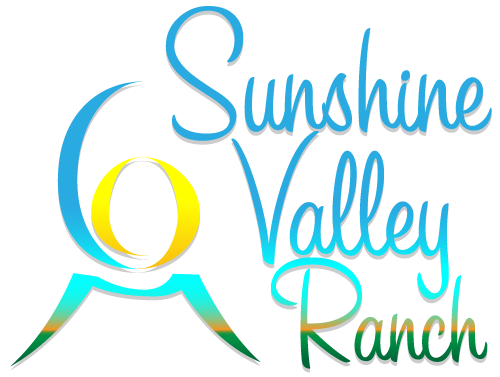 Sunshine Valley Ranch has produced beef cattle for nearly a century in Converse County, Wyoming. The land was homesteaded by Vena Ford and Orville L. Pellatz in 1916 and 1917. Horses were used for farming and transportation. The first cow was their milk cow. Beef were purchased later. They raised a bountiful garden and Vena was adamant about her flower beds. Five children were nurtured on the ranch. Various trees and bushes were planted to brighten their homestead. Their oldest son Lincoln and his wife Ruth Pellatz were the next generation to carry the family legacy. The current generation is headed by their daughter and her husband Joan and Wayne Neumiller. Each generation has dealt with trials and challenges of the natural environment and other pressures. Every generation made changes and improvements to the land and their cattle.

When Joan became the proprietor rancher she intently listened to an old friend who spoke of the grass fed beef he remembered from his childhood. It instilled a desire to produce the kind of beef which would satisfy the discerning customer who described the health benefits of naturally raised high quality beef. She balked at first. After all as a 10 year member of 4-H she had learned how to push grain into penned up beef for the County Fair at which she excelled. However, she signed up for and attended meetings and conferences around the US taking an interest in the beef raised nature’s way and providing a high quality product. In just three short years with the addition of some genetics from reputable bull producers she was able to send a grass fat steer to the butcher. That first steer was divided with the friend who prompted her to begin this journey.

Grasses and forbs growing naturally on the ranch were becoming a high priority for attention. Again a focus on what was growing to feed the cattle was studied heartily. A higher priority was placed on moving cattle regularly to improve both them and the grasses. Later a great deal in information has been absorbed about the health of the soil. Without healthy soil the rest of the equation will be a difficult task indeed.

Cattle genetics are very important to a successful ranch. So the process of developing superior beef has been developed through much research and discovery. This is an ongoing process and does not have an ending. Choosing bulls with excellent marbling and tenderness genetics is as important as choosing a bull that has a good hair coat and fly resistance. Bulls will influence your direction in a cattle herd faster than a cow. Each cow can produce one calf per year for her duration of production. One bull may be capable of breeding 50 to as many as 100 cows per year for his career. If he lives to be productive for eight years, he may produce 200 to as many as 400 female offspring.
Another important factor in beef production is finishing an animal on grass. Every cow is basically grass fed, unless she is confined from birth to demise in a pen and fed a limited ration which is not grazing. However, not every steer or heifer can finish on grass. Finishing on grass diet alone requires that the genetics will grow to size and marble the meat with sufficient fat and be tender for the palate. A grass finished animal will give the discerning consumer a pleasing experience which they desire. An animal which grazes on grass will also receive exercise while traveling around its pasture to consume grass and traveling to the water tank for hydration. Exercise is important to muscle development. It is the muscle of the animal which is on your plate. Many different muscles have many purposes for the animal to perform. Our cattle are not penned in lots or small pastures and fed grains and additives. It is joyful to see the animals doing what they do best with little interference.

Interference with the cattle is something which we keep at a minimum. They roam pastures with plenty of water and grass along with their mineral program daily. When prudent we move them to new pastures so that they are healthy and growing. Every year on the ranch proves to hold its own challenges. During the long and extended drought season of 2002 through 2012, our ranch management had to accommodate many changes.

You might ask Why? Why grass fed? Indeed that’s a great question. It’s for better health. No grain ever. Grass fed beef is superior in almost every aspect of nutrition, flavor, and even the footprint on earth when compared to CAFO grain fatted beef.

• CLA, or conjugated linoleic acid is nearly 3-5 times higher in grass fed beef. This may be you very best defense against cancer for meat consumption.
• The total fat is lower than a grain fed animal by possibly as much as 30%.
• Levels of Omega 3 fats and the ratio of Omega 6 to Omega 3 fats may reduce the risk of cancer and decrease risk of heart attacks.
• Saturated fat which is linked to heart disease is lower.
• Vitamin A, Vitamin C, Vitamin E, calcium, magnesium, beta carotene, and potassium are higher in grass fed beef.
•The E.coli risk is less.

The only time you will hear the word processed is when we refer to the aging and packaging of beef cuts at the butcher shop.

Providing an enjoyable nutritional protein begins with a natural desire to be honest and helpful. We have all natural beef from our ranch. The cattle do it all from calving on their own in Spring without assistance in wide open pastures to raising a calf to be weaned at 8-9 months. Therefore, we do not have to treat cattle with antibiotics for scours or other diseases which come from confinement. The grass is green and the cows are fatted naturally on the nutritious grasses during the last trimester. We have time to enjoy this season of herd expansion while sleeping through the night. We also do not force our cattle to produce a calf when they are only 2 years old. This has proved to be kinder and gentler for the cattle as those youngsters get to grow and learn during the extra months.

All of our cattle are home raised. They receive no antibiotics, no grain, no GMO’s and no feed additives. However, we do feed necessary minerals. We do not use chemicals in our pastures. We like to say that we have many harvesters and they all have four legs and a mouth. They forage our pastures year round. Only during the very harshest winter with severe weather will our bred cows get a bale of hay. We stock pile grasses in pastures for year round grazing. Many of our pastures are blessed with artesian water which flows year round so that the cattle always have a drink available. That saves on headaches trying to bust ice off tanks for cattle during severe cold. The cattle have natural wind protection from storms. Hill sides will either blow clear of light snows or melt off during breaks in cold and the cattle graze daily.

Our cattle finish naturally and we do not rush them in the process. Not all of them get to be chosen for the finishing program. We let nature do the choosing while we provide the genetics, the natural grasses, and the clear water for the process. The opportunity is theirs.

We handle our cattle calmly and humanely. Low stress animals provide a better eating experience. Endorphines which are jacked up during rough handling affects flavor of meat consumed from such an animal.

Our ranch is an oasis for beef production. If you’d like an opportunity to come and visit, contact us and a tour can be arranged. Wildflowers are abundant in the spring. Rattlesnakes can be abundant in the hot summer. Wind is usually present, but hey, that helps blow the mosquitos and flies away, so it’s a good thing. Sunshine is abundant if there are no clouds. Check clouds which are dark and have a greenish color as they might contain a hailstone or more. Lightning and thunder can be awesome when viewed from afar, however, from horseback it can be daunting. All in all it’s such a great place.